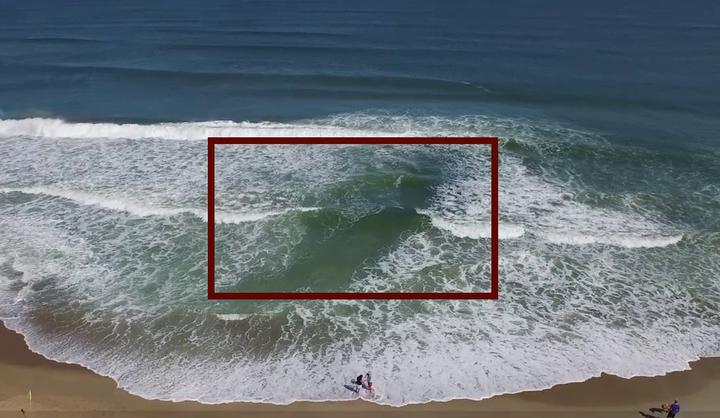 This paper presents a machine learning approach for the automatic identification of rip currents with breaking waves. Rip currents are dangerous fast moving currents of water that result in many deaths by sweeping people out to sea. Most people do not know how to recognize rip currents in order to avoid them. Furthermore, efforts to forecast rip currents are hindered by lack of observations to help train and validate hazard models. The presence of web cams and smart phones have made video and still imagery of the coast ubiquitous and provide a potential source of rip current observations. These same devices could aid public awareness of the presence of rip currents. What is lacking is a method to detect the presence or absence of rip currents from coastal imagery. This paper provides expert labeled training and test data for rip currents. We use Faster R-CNN and a custom temporal aggregation stage to make detections from still images or videos with higher measured accuracy than both humans and other methods of rip current detection previously reported in the literature.